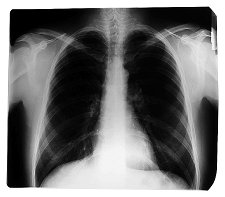 When focused on technical issues, most scientists stick to the facts, at least as they see them. They don't often venture into recommending what form environmental regulations should take. Instead, they focus on the scientific information that supports regulations.

In recent months, scientists advising the U.S. Environmental Protection Agency on air pollution issues have waded into the policy arena. They are criticizing EPA higher-ups for ignoring their scientific counsel. Specifically, they are accusing the Bush Administration of excising science from the process the agency uses to determine how clean the air we breathe should be.

As required by the Clean Air Act, EPA sets upper limits, or standards, on the amount of six common pollutants in outdoor air. The pollutants are ozone, particulate matter, carbon monoxide, nitrogen oxides, sulfur dioxide, and lead. The agency is supposed to reassess these national standards every five years and change them as needed. But EPAis often tardy – its revisions of a national ambient air quality standard (NAAQS, pronounced "knacks") for the six pollutants usually come after someone sues the agency and the court sets a deadline for action.

The CleanAirAct says these national pollution standards must be "requisite to protect the public health" and include "an adequate margin of safety." In a landmark 2001 case, the U.S. Supreme Court ruled that EPA cannot consider the costs of achieving the standard when setting a NAAQS. So the clean air standards must be based strictly on scientific data about how pollutants affect human health.

Meanwhile, in the Clean Air Act Amendments of 1977, Congress instructed EPA to get technical advice from scientists outside the agency when it reviews and revises a NAAQS. Thus was born the agency's Clean Air Scientific Advisory Committee (CASAC, pronounced "KAY-sack").

CASAC members pore over reams of detailed reports and published scientific papers. Their meetings are open to the public and advertised in the Federal Register and on EPA's website. But CASAC rarely gets much coverage, though SEJ members from regulation-tracking publications such as Inside EPA and BNA's Daily Environment Report regularly glean news from meetings that can make even the most dedicated journalists' eyes glaze over.

The committee usually only ends up making news when it sends 1letters to the EPA administrator recommending a range of numbers for an air standard that the panel deems is scientifically valid. Historically, the administrator has selected a NAAQS that falls within the range offered by CASAC.

Until recent years, that is.

In 2006, CASAC recommended that EPA ratchet down the nation's yearly average air standard for fine particulate matter – set at 15 micrograms (μg) per cubic meter of air in 1997 – to between 13 and 14 μg per cubic meter. But Administrator Stephen L. Johnson decided to bypass the advice and kept the 15 μg per cubic meter limit, a move that pleased many in industry who had lobbied hard against lowering the standard.

After EPAannounced the final decision on particulate matter, CASAC 1wrote to Johnson , saying his decision "does not provide an 'adequate margin of safety … requisite to protect the public health' (as required by the Clean Air Act), leaving parts of the population of this country at significant risk of adverse health effects" from exposure to fine particulate matter. The advisers added, "The CASAC's recommendations were consistent with the mainstream scientific advice that EPA received from virtually every major medical association and public health organization that provided their input to the Agency..

Next, EPA reviewed the NAAQS for ozone, a major component of smog. In light of new information showing that moderate levels of ozone can harm people's health, the science advisers unanimously recommended the agency lower the national standard to between 60 and 70 parts per billion (ppb) from the 80 ppb set in 1997. However, EPA's Johnson decided in March to lower the NAAQS to 75 ppb.

CASAC again confronted the administrator. In April, panel members (1) wrote to Johnson, telling him they "do not endorse" the new standard, and reiterated the range they had recommended. "It is the Committee's consensus scientific opinion that your decisions to set the primary ozone standard above this range fails to satisfy the explicit stipulations of the Clean Air Act that you ensure an adequate margin of safety for all individuals," they wrote.

These days, CASAC is aggravated by a process, put in place by the Bush Administration, that EPAmust follow to revise its air standards.

The advisory committee, the agency, many environmental advocates, and industry all agreed that the old procedure, which took years to complete, was cumbersome and needed streamlining. But (2) the new process, announced in December 2006, garnered criticism immediately. Sen. Barbara Boxer (D-Calif.), who chairs the U.S. Senate Environment and Public Works Committee, predicted that the change would inject politics into decisions that are, by law, supposed to be based on science.

The agency is using the process for the first time as it considers whether to revise the NAAQS for lead. The current standard of 1.5 μg of lead per cubicmeter of airwas set 30 years ago.

CASAC began criticizing the process after EPAin December 2007 announced its plans for revisiting the lead standard. Under the agency's new procedure, the notice was to contain an assessment of the scientific and technical information about lead in air. But it didn't, the committee said in a January 1letter to Johnson.

Instead, the notice "simply laid out all NAAQS policy options," CASAC 1wrote, "while omitting the fundamental scientific rationale for many of them, or even the relative scientific merits of the different alternatives." It included options that both the advisors and EPA scientists had dismissed on scientific grounds. This, the letter said, "serves only to undermine the scientific foundation of the NAAQS reviews." (Emphasis in the original.) In his letter of response to CASAC, Johnson merely thanked the panel for its comments.

While CASAC recommended that EPA tighten the lead standard to no higher than 0.2 μg per cubic meter, the agency disregarded this limit. On May 1, it proposed a revised NAAQS for lead of between 0.1 and 0.3 μg per cubic meter. EPA is under a court order to finalize the standard by Oct. 15.

This time, CASAC has gone a step further than merely sending a letter to the EPA administrator. Rogene F. Henderson, who chairs the committee, (3) testified about the advisers' concerns to Congress on May 20. She told the House Oversight and Goverment Reform Committee that in the case of the ozone standard, "Willful ignorance triumphed over sound science."

Henderson said the ozone decision was bad enough, but "even more alarming is the removal of science in the implementation of the new NAAQS review process." She said that CASAC members were "shocked and dismayed" at the agency's notice on lead. "Obscuring science from the science advisory group cripples the ability of the CASAC to perform its congressionally mandated duties," said Henderson, a senior scientist emeritus at a private biomedical research institute.

Henderson and others are worried that the process will not only bypass scientific counsel for the air standard for lead, but will hurt the revision of other NAAQS in the future. It also may make EPA's revised standards more vulnerable to lawsuits based in part on CASAC's concerns that the pollution limits don't protect human health.And if a standard gets overturned by a court, the result will be an older, less protective NAAQS will remain in effect until EPA goes through years of analysis to set a new one.

Whether, how, and when the presidential administration of either Republican candidate John McCain or Democratic nominee Barack Obama will address the disputed process will make for both interesting coverage and potentially big impacts on the health of the American people.

(1) Letters sent from CASAC to the EPA administrator can be found at: http://yosemite.epa.gov/sab/sabproduct.nsf/WebReportsbyYearCASAC!OpenView
(2) Details about the new EPA process for setting air quality standards are available at: http://www.epa.gov/ttn/naaqs/#review
(3) Henderson’s testimony, which includes her contact information, is here: http://oversight.house.gov/documents/20080520141503.pdf