Between the Lines: When the Cure Is Worse Than the Disease 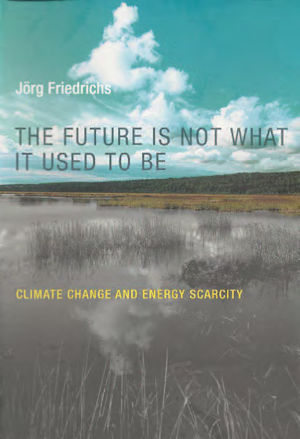 For the latest Between the Lines – a question-and-answer feature in which published authors provide advice to SEJ members – SEJournal Book Editor Tom Henry interviewed Jörg Friedrichs, author of “The Future Is Not What It Used to Be: Climate Change and Energy Scarcity,” which received an honorable mention in the Rachel Carson Environment Book Award category of SEJ’s 2014 annual awards contest. The book offers a unique perspective by explaining how transitions between climatic eras of the past are unlikely to happen again because infinite growth is not possible. Friedrichs, a native of Germany, is an associate professor in politics at the University of Oxford in England.

SEJournal: Your book suggests the support structure for the industrialized world itself could be in danger of collapse. How did you identify that theme and what motivated you to write the book?

Jörg Friedrichs: With all the knowledge around, and with all the arguments made back and forth in the climate controversy, I felt that there was a lack of serious thinking about what it all means for our way of life. True, there are apocalyptic scenarios about environmental mayhem, and others have taken a historical approach before me. But much of that literature is either purely academic or plainly alarmist, and I wanted to provide a sober evaluation of what we can say about future climate transformations based on analytical thinking and historical evidence.

SEJournal: You write with authority, whether you’re analyzing the Little Ice Age, the Medieval Warming Period, the modern era or another point in time. What research tips can you give would-be authors about writing in depth about an era which is obviously far outside of their lifespan? Any advice for such research and how to balance sources?

Friedrichs: The trick is to combine three different things. First, there are historical accounts, which give us insight on how people lived, what happened to them, and how they acted and reacted when confronted with climatic changes. The historical account becomes patchier the farther you move back in time. That’s where my second ingredient comes in. Scientists have collected hard data on ice cores, lake sediments and so on that allow us to reconstruct changes in temperature, rainfall, and vegetation. If you triangulate this data with the historical account, you can reach surprising depths of history. In my chapter on “What the climate can change”, I cover 11,000 years of history in Mesopotamia and the ancient Near East.

Third, and crucially, you don’t want to bore your readers with a dry record of historical events and data gleaned from the pages of Nature and Science. What you need is a convincing framework and a storyline. To achieve this, I have relied on a theory. The theory, originally formulated by Joseph Tainter, states that societies facing all kinds of stresses respond in progressive ways as long as they can. For example, climate change may spur progressive adaptations. But this becomes ever more difficult because, slowly but inexorably, societies run out of affordable solutions. There comes a point when the cure is worse than the disease, and that’s when climate change and other stressors can get us over the edge.

You can see this in ancient Mesopotamia, and the million-dollar question is whether today we’re in a situation where a progressive response to climate change is possible at the planetary level. Or has industrial society already reached a level of complexity and technical sophistication where we don’t have enough problem-solving capacity left to deal with climate change and various other squeezes on the viability of our industrial way of life?

SEJournal: Did you ever reach a point in which the material seemed overwhelming or that you thought you might be trying to take on too much by offering such a panoramic view through time?

Friedrichs: Every author goes through that. The more daunting the task you set yourself the more you will go through these cycles of self-doubt, but the reward is that you see more of the big picture, and you also become able to convey more of it to your readers.

SEJournal: Your book does a great job of developing big-picture consequences and laying out some chilling scenarios – but is it a matter of people not seeing the big picture or simply denying that the world they have known for years could be changing in ways they can’t fathom?

Friedrichs: It is the latter, of course. In my book, more than half a chapter is dedicated to denial. Yet there are people with inquisitive minds who want to see the big picture and do something about it, and it’s not easy for them because they are surrounded by people in denial. I have written the book with such people in mind. Besides, I have also written the book because that’s what I do. I see it as my responsibility to state what’s important even when there is not a majority of people receptive. What else could I do if I am serious about climate change? 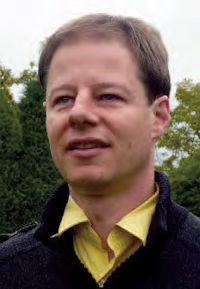 Friedrichs: There is absolutely no way we can get out of this mess without energy conservation and greater efficiency. It’s being pushed quite a bit, but conservation efforts and efficiency gains are unable to keep pace with increasing fuel consumption and industrial growth.

SEJournal: Do you see some newer technologies aimed at generating more energy, such as the horizontal drilling technique that has made fracking more popular and released previously trapped oil and natural gas, as being somewhat of a mirage – filling a window of time – and failing to promote more conservation or development of renewables for the long run?

Friedrichs: Yes, exactly. Technologies like fracking get us out of one hole (liquid fuel scarcity), but they get us even deeper into another hole (climate change). People say when you are in a hole stop digging, but we are doing the opposite – we are even drilling horizontally, miles deep.Let us not forget that technological progress got us into this mess in the first place. The industrial revolution relied on coal-fired steam engines. Modern road traffic relies on the internal combustion engine. Our entire way of life leads to growing emissions, and while technology certainly needs to be part of the solution, it is definitely part of the problem.

SEJournal: Are you optimistic there will ever be a coordinated, meaningful global effort to reduce greenhouse gases and, thus, reduce the amount of influence mankind has on climate change? What will it take to galvanize such an effort? Was the recent agreement between the United States and China a major step in the right direction, or do you see it as largely symbolic, political and done for public relations?

Friedrichs: Thanks for bringing up the US-China deal. I was amazed that Obama and Xi could agree on this, and especially for the Chinese it will be incredibly costly. They’ll have to decarbonize their economy more quickly than they’re growing, and with Chinese growth rates that’s a tall order. Even so, we’re talking about China plateauing around 2030, and that won’t get the planet out of trouble. In the meantime, India is planning to double its coal consumption.

So we’re not there yet. At some point, maybe after a major calamity testing the limits of our imagination, responsible leaders will get together and broker a real deal. I’m sure you’ve seen these B-movies about climate mayhem, so I don’t have to delve into the scenarios. The problem is that a real climate deal would inflict enormous costs on those who implement it because they would have to cut emissions in no time, slamming the brakes on their economies.

Alas, not everyone is willing or able to act responsibly and not everyone will want to be part of the deal. I’ve already mentioned India. Each country is coming up with its own pledge for the Paris conference in November this year, and the big question is whether and how the pledges add up. And Paris won’t be enough; it will all have to be tightened if it is to turn the tide on climate change. What do you do with those who disappoint? Fight a war against developing countries that decide that now it is their turn to drive cars and live in proper houses, emitting even more CO2 in the process? Leave them at it, because their claims are legitimate, allowing them to continue their emissions unabated and even increase them?

Besides, the members to a real climate deal will see their military capabilities dwindle, as credible power projection needs incredible amounts of fuel. The non-members will quickly rise in relative terms, enabling them to continue their reckless industrial model whatever it takes.

SEJournal: Another theme of your book is sustainability: It’s a buzzword that seems soft or confusing to some people. But with finite fuel and exponential growth, society could be on a collision course with a type of disaster that seems unconscionable. Any other thoughts on what journalists can do to help people understand the world can’t sustain itself if it stays on its current path?

This is easy enough and should not be confusing. There is a catch though. How can we reach sustainability on a finite planet where there are already too many people making escalating demands on our non-renewable resources? In a situation like that, you cannot just figure out a steady state and then run things sustainably. When you are hopelessly in overshoot, as we are, it takes an active effort to stay in the game, let alone become sustainable. You have to change plenty of things so that the things you really care about can stay the same.

This is called resilience, another buzzword. Here, the task is to make sure we’re able to adapt and preserve our core values when the going gets tough. For example, how can we restructure traffic in order to preserve mobility? How can we restructure the economy in order to preserve industrial society? It is easy to see that the way we harness energy to make things must change radically if we want to make industrial society resilient to climate change.

In short, the question is not only how to make our world sustainable but also how to make it resilient. What journalists need to help people understand is that our lifestyles must be up for grabs so that our most fundamental goals are not lost, such as a climate that sustains human life and an economy that can sustain nine or ten billion people by the middle of the century.