Chemical Toxicity Testing: The United States and Beyond 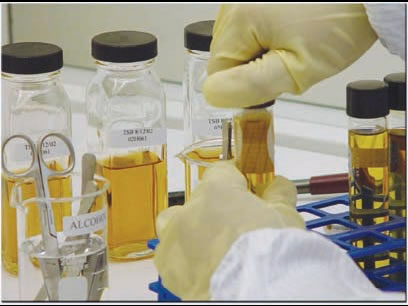 This is a two-day event to be held on June 21 at the National Press Club and on June 22 at JHU's SAIS Campus in Washington's Dupont Circle. Attendance for both events is free, but registration is required. Breakfast, lunch, and breaks will be provided.

Amid increasing calls for reform of U.S. laws that protect humans, wildlife, and the environment from toxic chemicals, we may be on the verge of a transformative shift in how scientists test chemicals for harmful effects. The U.S. Environmental Protection Agency asked the National Research Council (NRC) of the National Academies of Science to develop a long-range vision for toxicity testing, and a strategy for implementing that vision. The NRC responded in 2007 with a groundbreaking report, Toxicity Testing in the 21st Century: A Vision and a Strategy. The NRC vision calls for a revolution in the science of testing chemicals for toxicity that will draw on major advances in scientific tools that are now available—or are rapidly evolving.

Three years later, how are we implementing these proposed changes, from a legal and policy perspective? What are the obstacles? What remains to be done? These two symposia will offer some answers.

DAY ONE: "The Future of Chemical Toxicity Testing in the U.S.: Creating a Roadmap to Implement the NRC’s Vision and Strategy"

Three years after the National Research Council issued its landmark vision and strategy for toxicity testing, what comes next? What steps must lawyers, regulators, and policymakers take to ensure that chemical testing protects public health and the environment–using twenty-first century toxicology?

Drawing on advances across a rage of disciplines—such as genomics, bioinformatics, systems biology, and computational toxicology—the NRC envisions a new paradigm for chemical testing that is not only more predictive of adverse effects in humans, but also faster and cheaper than current models, and less dependent on whole-animal-based testing methodologies. This transformation will not happen overnight: the NRC recognized that implementation of its recommendations would require a substantial commitment of resources, would demand the involvement of multiple organizations in government, academia, industry, and the public, and could require a decade or two to achieve.

EPA, in particular, has played an important role. In addition to commissioning the efforts that culminated in the NRC vision report, EPA, through its Office of Research and Development, entered into a five-year Memorandum of Understanding with two NIH institutes in an effort to “guide the construction and governance of a detailed research strategy to make the NRC Committee’s vision a reality.” Last year, EPA issued its Strategic Plan for Evaluating the Toxicity of Chemicals, which the Agency characterized as “a blueprint for ensuring a leadership role for EPA in pursuing the directions and recommendations presented in the 2007 NRC report.”

The Johns Hopkins Bloomberg School of Public Health in collaboration with the Environmental Law Institute is pleased to present the June 21 symposium, which will feature a keynote presentation by U.S. Environmental Protection Agency Assistant Administrator Stephen A. Owens and will convene a range of legal, policy, and scientific experts to discuss—

The second symposium, "Implementing the US NAS Toxicity Testing Report: An EU Perspective on the Way Forward," is sponsored by the American Consortium on European Union Studies (ACES) and CAAT. It will be held at the Johns Hopkins School of Advanced International Studies (SAIS) on 22 June 2010.

EU regulations such as REACH and the 7th Amendment to the Cosmetics Directive have highlighted the crucial role of EU-US relations in the field of humane science. This symposium is intended to examine humane science and toxicity testing from the point of view of important EU stakeholders and experts. This half-day program features speakers from the European Commission, as well as policy leaders from major European corporations, member countries and academic institutions.

ACES is one of eleven EU Centers of Excellence in the United States, created and funded by the European Commission. ACES was created in 2001 to advance academic and public understanding of the European Union. It works to improve US-EU relations, create new synergies among scholars, students, policymakers, private sector, representatives of governmental and non-governmental organizations, and the media. In addition to CAAT and SAIS, the consortium includes American University, George Mason University, George Washington University, and Georgetown University.

As part of this EU Center of Excellence, CAAT coordinates EU-related humane sciences and alternatives activities in the United States, shares US progress with our European counterparts, and fosters a greater understanding and awareness of alternatives and the respective regulatory requirements of the EU and the US.