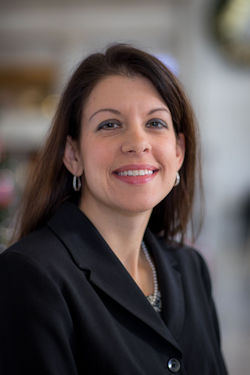 Jenkintown, Penn. — The Society of Environmental Journalists, one of the nation’s leading associations of professional reporters, has hired Melisa Klem as its new executive director, effective January 3, 2017.

Klem has spent more than 13 years working in development for conservation and human health nonprofits, and raising millions of dollars. The SEJ Board of Directors selected Klem to serve as the group's second leader, replacing founding executive director Beth Parke who last summer announced her plans to step aside after nearly 24 years of leadership.

“I am deeply humbled to be chosen by the SEJ Board to lead this incredibly dynamic organization,” Klem said. “Beth leaves a tremendous legacy of achievement and rich programming.”

“I hope to encourage others to pursue this critical professional calling through shining a light on the best journalists who are covering the environment and all it encompasses,” Klem said. She also said the work of SEJ’s 1,200 members — reporters, writers, academics, filmmakers, authors, photographers and students in every state and dozens of countries — will take on even greater importance as America heads into a Trump presidency.

Klem earned her MBA at the University of Maryland's Smith School of Business, with a focus in marketing, as well as a bachelor’s degree in environmental science and policy.

“Melisa Klem brings an incredible passion for nonprofit leadership and development to SEJ,” said SEJ Board President Bobby Magill. “She has a deep appreciation of the urgent national need for accurate, truthful and insightful environmental journalism. Her vision is for SEJ to play a vital role in supporting and promoting the important work of journalists, and I’m confident that under Melisa’s leadership, SEJ will become even more proactive in promoting government transparency and helping journalists advance the public’s understanding of our environment.”

Klem will be instrumental in helping SEJ expand the reach and impact of reporting on the environment, Magill said.

Klem lives in the Washington, D.C., area with her husband, three children, three horses, nine chickens, a German Shepherd and a cat. She will work from the Washington area until the SEJ Board of Directors decides on a new location for SEJ’s headquarters in the coming months.

SEJ's selection committee undertook a six-month process to find the next executive director, and considered dozens of highly qualified applicants.

“It was Melisa's energy, drive and fundraising insights that made her stand out in a pool of more than 60 candidates,” Magill said. “SEJ members are eager to work with Melisa and are incredibly excited about the skills, experience and passion she will bring to SEJ.”

Klem will succeed Parke, who joined SEJ shortly after its inception in 1992 and developed it into a nonprofit with a $1 million annual budget and international recognition. Parke will continue her work with SEJ over a three-month transition period, introducing the new executive director to supporters and key stakeholders.

About SEJ: The Society of Environmental Journalists is an international membership association dedicated to more and better coverage of issues related to energy and the environment. SEJ's membership includes more than 1,200 journalists and academics working in every type of news media in 48 countries. SEJ is constantly developing new initiatives to:

If you share our mission, we invite you to review information on our financial support.