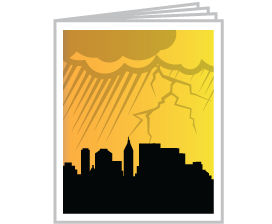 The Donald W. Reynolds Journalism Institute (RJI) today launched a digital Reporter’s Guide to Climate Adaptation, featuring an extensive resource database and a series of backgrounders to help improve coverage of society’s preparation for the impacts of climate change.

The free, mobile-friendly website was launched just ahead of the United Nations climate talks in Paris scheduled for Nov. 30-Dec. 11, 2015. “Even with the climate summit looming, adaptation has been a relatively underreported issue,” said longtime SEJ member Adam Glenn, executive producer for the project. “But as risks from climate change grow, the story of how societies get ready — or not — is going to be more and more important. We journalists have to be ready to cover it.”

The heart of the guide is an annotated collection of more than 200 key adaptation resources that reporters can quickly use to identify organizations and sources central to the adaptation story.

Each resource features an overview of the source, and detailed information on how journalists can use it. The resources are categorized by climate risk and policy response, and can be sorted by location, timeliness and whether from government, academic, advocacy or media.

The guide also features several dozen suggested story angles for beats ranging from health and consumer to religion and military, as well as briefs on exemplary adaptation coverage by other news organizations.

For journalists who are newer to the climate adaptation issue, the project provides an animated explainer, and an extensive backgrounder covering the basics of the issue, such as definitions and infographics illustrating climate impacts.

The Donald W. Reynolds Journalism Institute works with citizens, journalists and researchers to strengthen democracy through better journalism. RJI seeks out the most exciting new ideas, tests them with real-world experiments, uses social science research to assess their effectiveness and delivers solutions that citizens and journalists can put to use in their own communities.