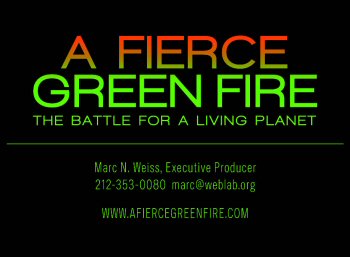 You are invited to join the Society of Environmental Journalists and the Environmental Film Festival in the Nation's Capital* for an online event Feb 1, 2013 at 12:30 p.m. ET, exclusively for SEJ members. We hope this will be the first of a series of online forums that showcase strong films from independent producers and promote discussion among colleagues.

Listen to an audio recording of the February 1st conversation with Shabecoff and Kitchell.

Sign up to preview "A Fierce Green Fire," a sweeping history of the environmental movement from conservation to climate change by Oscar-nominated filmmaker Mark Kitchell, inspired by a book of the same name written by SEJ co-founder Phil Shabecoff, author, former environmental correspondent for the New York Times and founding publisher of Greenwire. Narrated by Robert Redford, Meryl Streep, Ashley Judd, Van Jones and Isabel Allende, the film will be opening theatrically in New York, San Francisco, Los Angeles and other cities beginning in March. You can see the trailer here.

On Feb 1, Kitchell and Shabecoff will discuss the making of the film, environmental history, emerging issues, and any other questions and topics of professional interest to SEJ members, on the record. This "real time" forum will yoke two services together — a standard audio conference call and Livestream.com, a live video streaming website.

How it will work: 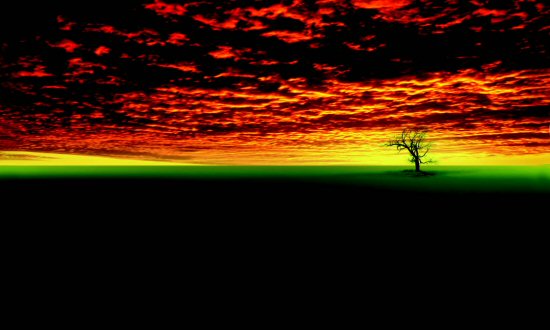