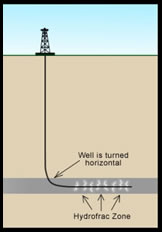 Methane, the main component of natural gas and a potent greenhouse gas, is released from oil and gas drilling operations and from distribution and  processing infrastructure. Some companies also flare methane for a variety of reasons. With the proliferation of hydraulic fracturing to produce oil and gas in the United States, attention is increasingly turning to studying the magnitude of methane releases and flaring, their contribution to U.S. greenhouse gas emissions, and the need for further regulation.

How much methane leaks into our atmosphere? How much is intentionally flared? Several recent attempts to quantify such emissions have varying results.  US EPA has included one set of estimates in its Inventory of GHG Emissions and Sinks. Studies from researches at Stanford and Harvard have presented papers that argue that EPA’s estimates are too low. An MIT report concludes that hydraulic fracturing emits not much more methane than conventional gas drilling. Meanwhile, a comprehensive University of Texas study based on measurements at drilling operations concludes that EPA has overestimated emissions for some types of equipment but underestimated them for others.

Some states are beginning to examine and regulate methane leakage, despite conflicting reports on the quantities emitted. After industry and environmentalists came together to develop a proposal, Colorado now requires wells to add equipment that captures or controls 95% of emissions at extraction sites. Opinion is divided on whether additional regulation at the federal level is needed. EPA is examining its options and the Obama Administration has created a task force on methane emissions as part of the president’s Climate Action Plan.

Join us for a seminar examining the status of the science and policy on methane leakage from oil and gas wells, pipelines, and processing.