Journalism Under Attack: The Phenomenon of Fake News in the Philippines and the Challenges of Accountability in the News Media

*Please RSVP at events@asiapacific.ca no later than November 24th, 2017 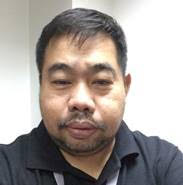 Manny Mogato began his journalism career during the last few years of the Marcos’ dictatorship. During the turbulent democratic transition under the administration of Corazon Aquino, he covered the defence and military beats and became part of the presidential press corps during the Ramos presidency in 1992. In 1997, he was assistant news editor of the Manila Times until it was closed down due to political pressure from then President Joseph Estrada. He subsequently joined Reuters.

Mr. Mogato has been an active member of the Foreign Correspondents Association of the Philippines (FOCAP), which elected him as its president three times, and a member of the FOCAP board for more than 12 years. As a journalist, he has covered conflicts and insurgencies, human rights, international affairs, politics, health, and general news assignments. He has also been teaching as a professorial lecturer at the University of the City of Manila.